The City and The City by China Miéville 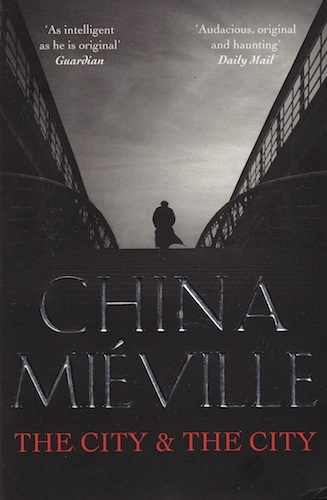 I have come across China Mieville a couple of times now, with his Perdido Street Station, Kraken and Un Lun Dun. When I saw that his book The City & The City had won the Hugo this year (tied first place with The windup girl by Paolo Bacigalupi) I decided I had to try some of his work for myself.
It took some getting into, this book. Without introducing the strange world we are immediately confronted with a murder. During the investigation we learn of the strange nature of Beszel and its sister city of Ul Qoma. It was strange keeping track of both the murder investigation and the story of the two worlds, but the book was worth it. All I wanted was more background about the cities, but since the inhabitants don’t know, we don’t know. Wonderfully crafted, and written. Four stars out of five.