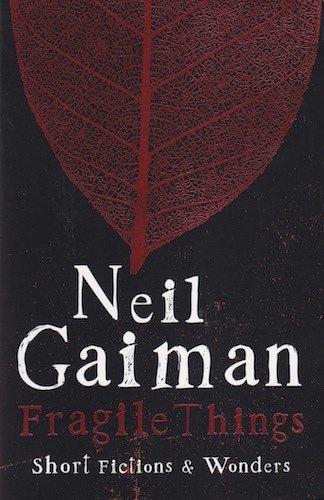 I just finished the first book I bought last week in London, Neil Gaiman’s book of stories, Fragile Things. And it was like coming home. I love Gaiman and I can’t believe I just discovered him last year. This book was a good collection of his (mostly award wining) stories and some poems. One story even belonged to the American Gods story arc. Great stuff and highly recommended. Five out of five stars.